History of Paint by Numbers 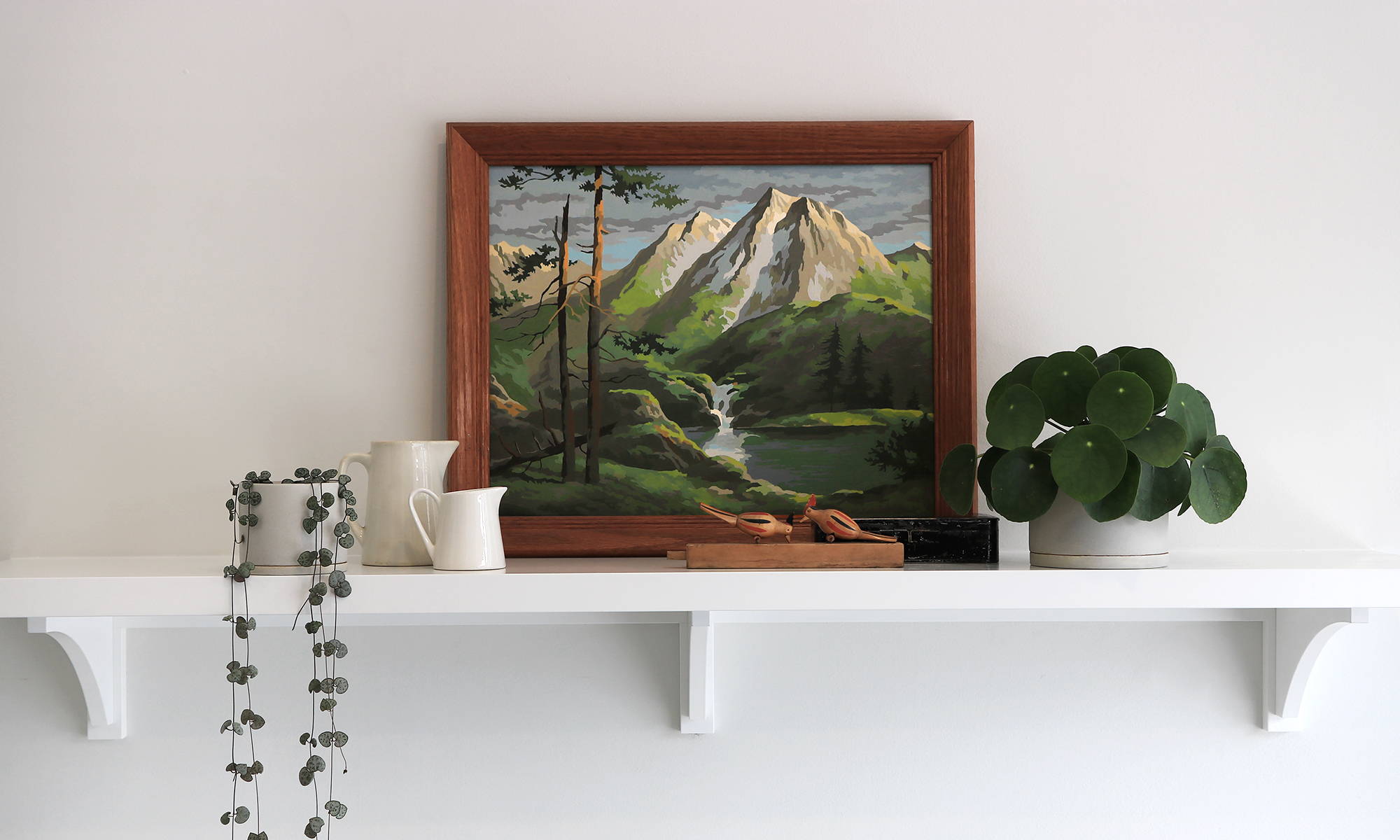 PAINT BY NUMBER KITS WERE A VIRAL PHENOMENON IN THE 1950s, MAKING PAINTING ACCESSIBLE TO ALL AND STIRRING UP CONTROVERSY IN THE ART WORLD.

Paint By Numbers — all-in-one art kits that include paintbrushes, small pots of paint, and a canvas with numbers indicating which colour to paint each section — have touched the hearts of millions of people for over 70 years, serving as a soothing outlet for creativity and taking an important place in the history of contemporary art.

In the early 1950s, Dan Robbins, a Detroit-based commercial artist at Palmer Show Card Paint Company was given a task: find a creative way to sell more paint. In response, he developed the first ever Paint By Number kit. He drew inspiration from Leonardo Da Vinci, who used numbered patterns on canvas to teach his apprentices how to paint. Robbins’ still life of a table setting, titled Abstract No. 1, was a nod to the abstract art style popular in 1950s America. When this wasn’t an immediate success, he switched the subject matter and style to something more accessible: landscapes, portraits and animals. 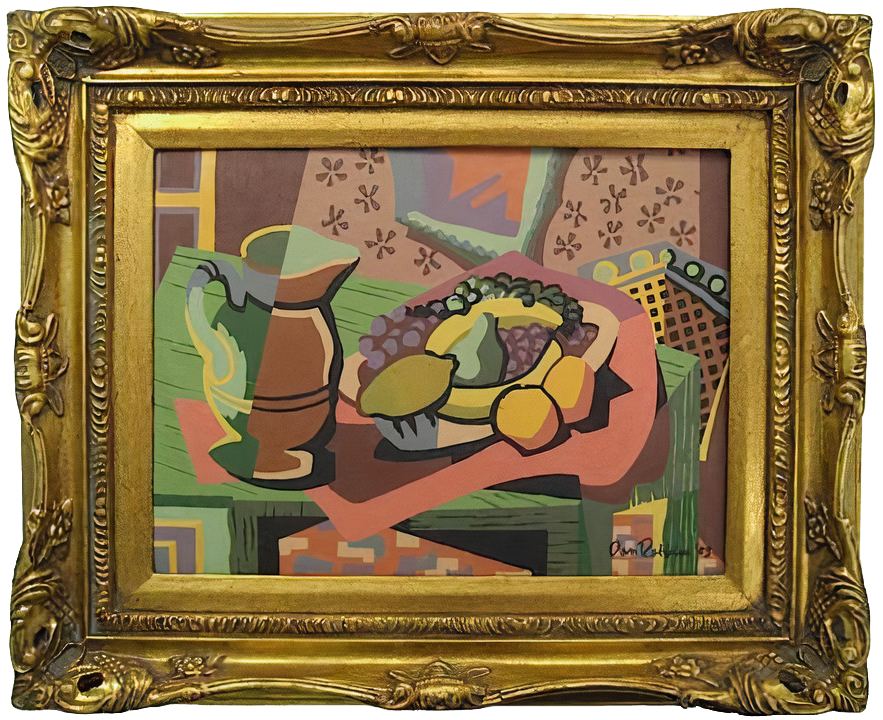 Abstract No. 1, Photo courtesy of the Paint By Number Museum

These Paint By Number kits, which included the marketing slogan “Every Man a Rembrandt!” became a viral phenomenon, selling tens of millions of copies throughout the 1950s. During a time of post-war economic prosperity, people had more freedom for leisure, and the painting kits simulated a creative experience with a tangible result — art that could be hung in people’s homes. President Eisenhower’s presidential appointment secretary Thomas Edwin Stephens even curated a gallery of Paint By Number pieces made by administration officials in the West Wing corridor of the White House.

While these paintings were incredibly popular among consumers, professional artists were critical of the idea, claiming that Paint By Numbers devalued their work and creative process. It’s no surprise that Andy Warhol, with his interest in the mass reproduction of popular culture, took notice of this phenomenon, as well as the surrounding controversy. His 1962 five-painting “Do It Yourself” series engaged with the trend, featuring half-finished Paint By Number paintings of landscapes, seascapes, flowers and a violin. Warhol became an avid collector of Paint By Number canvasses. 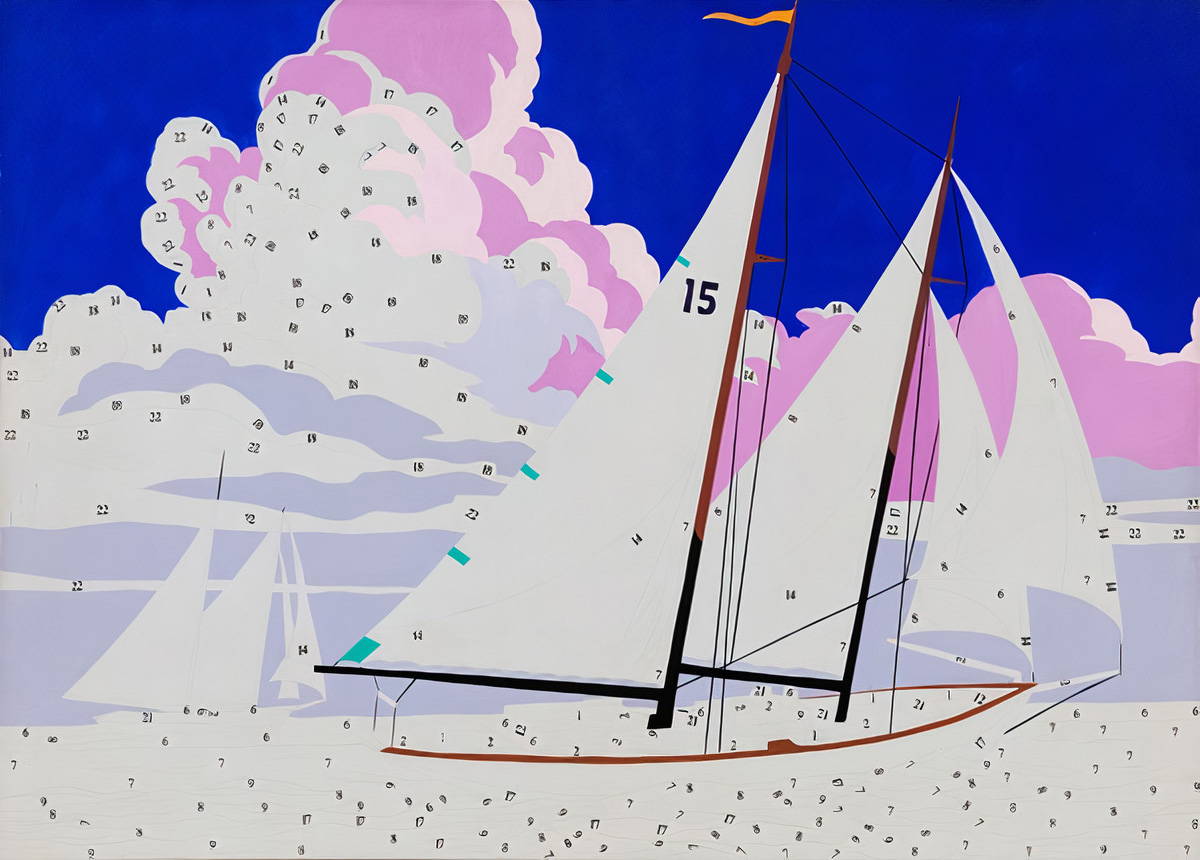 Andy Warhol’s Do It Yourself (Sailboat) (1962), courtesy of the Andy Warhol Museum, Pittsburgh

Regardless of whether the art world deemed them “real art,” Paint by Numbers made art approachable even to those with no artistic training. In his 1998 memoir, Dan Robbins reflected, “I never claim that painting by number is art. It is the experience of art, and it brings that experience to the individual who would normally not pick up a brush, not dip it in paint.” 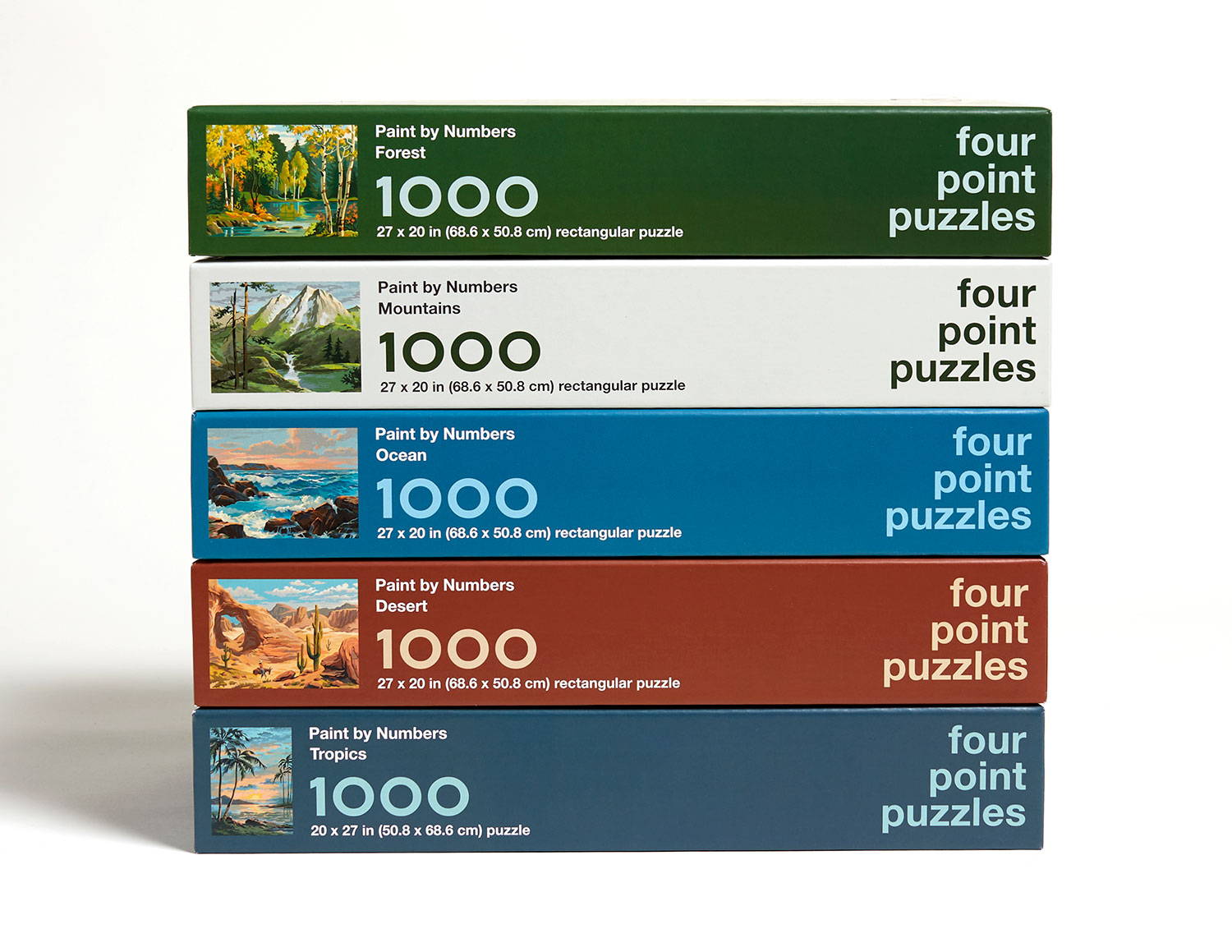 Our goal at Four Point Puzzles is to make art more accessible and recognizable by featuring contemporary art on our puzzles, so we were drawn to the rich history of Paint By Numbers and the role they played in contemporary art history. Our latest puzzle collection honours this history with reproductions of vintage Paint by Numbers from the 1950s.